Canada’s Charter of Rights and Freedoms, along with provincial and territorial human rights laws provide for the right to equality and prohibit discrimination on the basis of race, ethnicity, and religion.

Yet minority groups who seem different than the majority or mainstream on the basis of their race, ethnicity or religion have to deal with various forms of discrimination in Canada. For example, Black, Indigenous, and other racialized individuals may experience racial profiling and disproportionately harsh treatment by police and the criminal system including higher rates of use of force through to disproportionate placement in solitary confinement. Religious minorities – and in particular Muslim women who wear hijab and niqab –may experience suspicion and harassment not just on the street, but also through legal channels, such as when trying to testify as a witness, or go to work as teachers or judge in Quebec.

We were present in the case of Jason Hill, who was investigated by the police for suspicion that he had committed 10 robberies. Although the evidence against Jason was flimsy and partially constructed by police, he was arrested and spent over 20 months in jail before he was acquitted.

While two Hispanic men were identified by witnesses as having committed the crimes, police arrested Jason, an Aboriginal man who insisted he was innocent.

During a suspect line up, Jason was put beside 11 Caucasian “suspects” and identified as the culprit, as the persons suspected of the crime were also people of colour. As a result of negligent investigation practices, racial profiling and institutional racism, Jason was arrested, tried, and wrongfully convicted.

After he was acquitted, Jason sought to hold the police accountable for his treatment and we stood with him. We argued that the police are not immune from liability under the law of negligence and that police officers owe a duty of care to suspects. The Supreme Court found the police department negligent in their investigation and in breach of Jason’s rights as the evidence in support of his innocence was ignored and led to his wrongful conviction.

We believe that profiling and the targeting of visible minorities is discrimination and against our fundamental human rights. 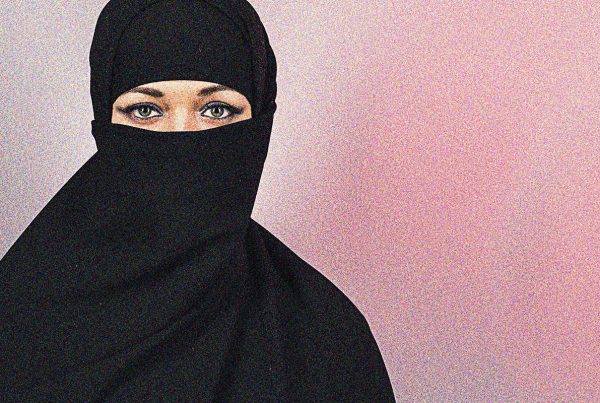 Bill 21 is a law which disproportionately impacts people who are already marginalized. New Quebec laws ban Canadians working as teachers, lawyers, police officers, and more from wearing religious symbols such as crosses, hijabs, turbans and yarmulkes. This not only affects people currently working in the public sector, but also the youth who aspire to those careers. VIEW CASE

Our Work for Equality of Race, Religion and Ethnicity

October 26, 2022
MONTREAL — The Canadian Civil Liberties Association (“CCLA”), as a party intervening in the case…

October 25, 2022
Huge victory against racial profiling in Quebec! We were very happy to work in support…

August 10, 2022
CCLA is intervening in a case before the Supreme Court to argue that the police…

June 28, 2022
Last year the CCLA became involved in a constitutional challenge to the laws that grant…

May 30, 2022
The Canadian Civil Liberties Association (CCLA) is joining with a diverse group of civil society…

December 13, 2021
The Canadian Civil Liberties Association (CCLA) today released their next salvo in the fight against…

December 9, 2021
CCLA filed legal submissions against Bill 21 in the Quebec Court of Appeal. In this…

July 20, 2021
The Canadian Civil Liberties Association (CCLA) is intervening in a constitutional challenge before the Superior Court…

June 21, 2021
CCLA wrote a letter to the Town of Newmarket expressing our concerns with proposed amendments…

CCLA Remarks on Bill 21 Judgment by the Quebec Superior Court

April 6, 2021
Misplaced fear and ignorance feeds racism, today and yesterday. Growing up in British Columbia, the…

March 17, 2021
The Canadian Civil Liberties Association sent a brief to the Manitoba Law Society asking it…

January 4, 2021
A new report released this morning is urging the City of Toronto to shift resources…

Whose Religious Symbols Can Shine???

December 21, 2020
In this season of darkness, the festivals of light bringing warmth and cheer may be…

October 15, 2020
The Canadian Civil Liberties Association and coalition partners have won a lawsuit agains the City…

September 30, 2020
In the spring the Ontario government launched a database of COVID test results, with the…

August 17, 2020
The Ontario government has ended police access to a COVID-19 database after CCLA and partners…

July 16, 2020
The CCLA has joined with Aboriginal Legal Services (ALS), the Black Legal Action Centre, and…

May 19, 2020
The City of Toronto has finally committed to enforceable physical distancing standards across its shelter…

April 24, 2020
Toronto has failed to protect homeless people in its over-crowded shelter and respite system –…

April 23, 2020
Last week police services across Ontario quietly got access to a new database – a…

April 21, 2020
Toronto has failed to protect homeless people in its over-crowded shelter and respite system –…

CCLA to Attorney General: Concerns About Carding Under Emergency Order

April 3, 2020
As you know concerns about carding, racial and social profiling led to a serious crisis…

Carding in a Pandemic

April 2, 2020
While we certainly understand the enormity of the pandemic, and of the province’s task in…

March 29, 2020
We are writing you about actions and omissions by the City of Toronto with respect…

December 20, 2019
Suspending Bill 21 is an urgent matter. We were before the Quebec Court of Appeal…

June 19, 2019
CCLA is currently challenging the discriminatory religious symbols ban, Bill 21 in Quebec alongside the…

CCLA In Court: Freedom of Religion

June 17, 2019
Bill 21 Constitutional Challenge and Application for Suspension of The Law

June 17, 2019
Bill 21, An Act Respecting the Laicity of the State, passed in the Quebec National…

Victory at The Supreme Court: A Fight for Everyone’s Right to Privacy and Equality (R v. Le)

May 31, 2019
Victory! Today, the Supreme Court rendered a monumental decision recognizing that police carding in a…

CCLA at the Supreme Court: The Worst Carding Case in Canadian History?

May 30, 2019
On Friday May 31st, the Supreme Court of Canada is going to release its decision…

July 16, 2018
CCLA’s voice was heard and recognized in the Federal Court decision released in the case…

June 19, 2018
Free Abdoul Abdi!! The CCLA is in court today fighting the deportation of child refugee…

CCLA Writes An Open Letter To Minister Of Immigration…

January 11, 2018
We are writing on behalf of the Canadian Civil Liberties Association with respect to Mr.…

CCLA in The Supreme Court: Freedom of Religion

Quebec Bill 62 Infringes on Freedom of Religion and Equality

October 3, 2017
The tragic shooting death of Andrew Loku should never have occurred. It took place within…

August 30, 2017
On Wednesday, August 30, the Argentine Supreme Court held a public hearing on the constitutionality…

March 6, 2017
The CCLA is still seriously concerned by the potential impact on refugees and asylum seekers…

Canada Has Its Own Legacy of Racist Policies to Confront

February 21, 2017
Canadians are shocked and grieving after Sunday’s shooting at a Quebec City mosque that killed…

Contact Your MP: Ask Canada to Act on US Travel Ban