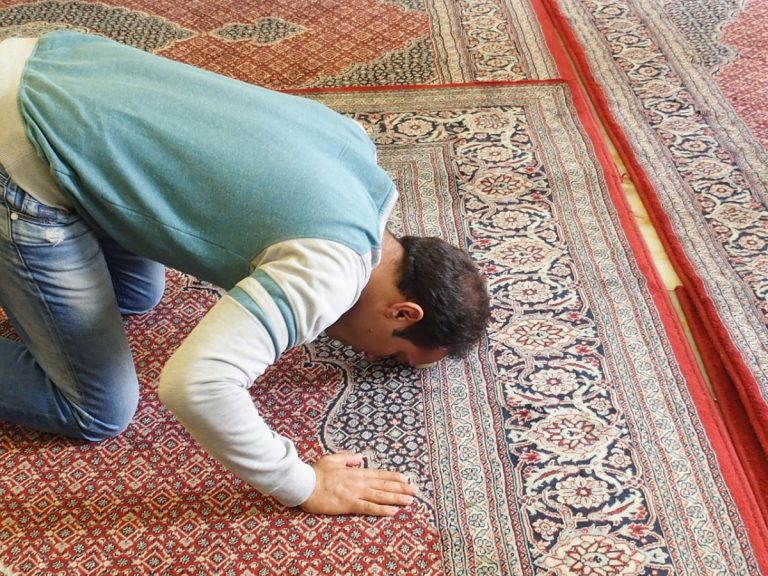 Canada Has Its Own Legacy of Racist Policies to Confront

In light of recent calls in government and civil society to systemically examine religious intolerance in Canada, it’s important to look at the role that laws play.

Originally published by TVO here, this op-ed by Executive Director Sukanya Pillay was written just days after the terror attack on a Quebec City mosque on Jan. 29, 2017, and examines the role of systemic discrimination in laws and bills.

Canadians are shocked and grieving after Sunday’s shooting at a Quebec City mosque that killed six people and injured at least a dozen more, all Muslims, while they were at evening prayers.

Prime Minister Justin Trudeau called it an “act of terrorism” and in a public statement on Monday said that all Canadians stand with Canadian Muslims. Early reports indicate this was a targeted attack against Muslims, and that the suspect was influenced by white nationalism. While we cannot say anything definitive about the alleged shooter or his motives until trial, we must examine the broader political and social context within which this attack occurred.

This heinous act came at the end of a weekend of outrage about Donald Trump’s executive order — the “Muslim ban” — on immigrants and refugees from seven majority-Muslim countries. But Canadians cannot just look elsewhere in trying to explain the overt normalization of racism that is currently taking hold. We must take an honest look at how we  have contributed to Islamophobia and what we can do to stop it.

In the past three years alone, a number of federal and provincial laws, bills, and policies have arguably promoted discrimination against Muslims in Canada.

In 2014, the federal government passed a law — Bill C-24: Strengthening Canadian Citizenship Act — which effectively created second-class citizens, allowing Canada to strip people of citizenship if they were dual citizens, landed immigrants, or eligible for citizenship in another country (for example, one of their parents was born in a foreign country that permits citizenship for foreign-born offspring). Ostensibly, the law targeted those who had committed fraud or national security crimes, but the appropriate punishment in those cases would be criminal conviction: stripping people of their citizenship is inconsistent with Canada’s democratic protections of equality. Civil society groups and political observers feared that Muslims would be targeted under this law, in the name of national security.

In 2016, the then-new Liberal government introduced Bill C-6 to repeal these provisions; it passed the House and is now under Senate review. While the repeal is expected to pass, the introduction of the law in the first place sent a dangerous message: that not all citizens were as trusted, or as safe, as their compatriots.

In June 2015, the federal government followed this up with the Zero Tolerance for Barbaric Cultural Practices Act, with stated objectives of criminalizing forced marriage, polygamy, and “honour killings.” Advocates working on these issues denounced the effectiveness of the forced marriage provisions. And honour killings and polygamy were already crimes in Canada. The title and rhetoric the government used in discussing the law was considered inflammatory and predominantly directed towards Muslims.

Also on the list: the federal Anti-Terrorism Act, Bill C-51, which the Canadian Civil Liberties Association, in conjunction with Canadian Journalists for Free Expression, is currently challenging as unconstitutional in Ontario Superior Court. It introduced a series of sweeping and unnecessary new powers, such as increased CSIS powers of disruption in Canada or overseas, and new a no-fly list scheme lacking adequate due-process provisions. But Canadian laws were already robust, and the government offered no evidence that incidents such as the 2014 terrorist attacks in Quebec and on Parliament Hill were due to legislative gaps.  Additionally, the new laws do not have adequate safeguards to prevent officials from abusing their extended powers. As a result, innocent Canadian Muslims report feeling they and their communities are unfairly stigmatized and targeted as suspects or terrorist sympathizers.

More recently, Kellie Leitch, now running for leadership of the federal Conservatives, called for all new immigrants and refugees to be screened for “Canadian values,” and proposed a “tip line” for snitching on people with non-Canadian values.

This is not a partisan issue, and it is not solely a federal one — nor is it limited to Muslim communities.

The current Liberal government still has not repealed problematic sections of Bill C-51, as it promised to do in the last election campaign. It has done little to remedy the injustices First Nations communities continue to suffer, exhaustively outlined in the Truth and Reconciliation Commission report, and it — along with provincial governments — has failed to address the crisis-level conditions many First Nations communities on reserves still face. Black children in Toronto are overrepresented in Children’s Aid cases. Black and Indigenous Canadians are substantially overrepresented in Canada’s jails.  These two groups are also most vulnerable to practices such as solitary confinement while in prison.

When our country’s top political figures distinguish between different groups of citizens, or when they fail to stand up for the people they represent, it undermines Canada’s tolerance and normalizes discrimination.

In Quebec, wearing religious attire, including hijabs and niqabs by Muslim women, has been subject to debate for years, despite protections for freedom of religion, freedom of expression, and the right to equality included in both the Canadian Charter of Rights and Freedoms and the Quebec Charter of Human Rights and Freedoms. In 2015 the province re-introduced a bill, the Quebec Charter of Values, which essentially requires Muslim women to remove face and head coverings if they want to work in the public sector or engage with government officials — in the name of ensuring government neutrality on religious matters.

While these measures have been described as promoting women’s equality, telling a woman what she can and cannot wear, and forcing her to choose between her religious beliefs and employment or interaction with her government, does the opposite. It does nothing to protect their fundamental freedoms of religion and expression. And as drafted it targets Muslim women in particular. (Other religions have prescribed clothing — such as the habits worn by some nuns — but those forms of dress are not included in the proposed ban.)

Women have had to go to court to defend their right to wear face veils in court and to wear them when taking their citizenship oaths, though these are situations when identity can clearly be established. In Alberta, a school refused to give Muslim students a space to engage in “overt prayer on campus grounds,” until the Alberta Commission of Human Rights found the school guilty of religious discrimination. That decision was upheld by the Court of the Queen’s Bench of Alberta, but the school is currently appealing the decision.

Human rights violations do not occur in a vacuum. Neither does prejudice. And while these laws and policies, and the people who passed them, are not responsible for hate crimes, potentially including the Quebec City shooting, they are responsible for creating a climate in which prejudice is tolerated and perpetuated.

Canada should not tolerate laws and practices that permit, encourage, or condone violations of equality rights and fundamental freedoms. Canada should not tolerate laws and policies that disproportionately harm and violate the rights of certain segments of our population. And Canadians cannot allow themselves to be complacent about the fact that these violations occur here and now — not just in other places, and not just in our history.

A Canadian court has ruled that random traffic stops violate the country’s charter, striking down…

MONTREAL — The Canadian Civil Liberties Association (“CCLA”), as a party intervening in the case…