It is not enough to ensure fairness in the criminal justice process – our ideas of ‘crime’ and ‘safety’ need to be critically examined as well. Our work on decriminalization and defunding and detasking police aims to confront the ways in which the criminal justice system causes harm to vulnerable populations and acts as a tool discrimination and oppression.

The history of Canada’s criminal justice system is rife with examples of the criminal law having been used to oppress and discriminate against marginalized communities. Examples include Canada’s long history of criminalizing Indigenous peoples’ cultural practices, including prohibitions targeting traditional dance ceremonies, powwows, and potlaches; the criminalization of homosexuality; and the Canadian legal response to sex work, which has been riddled with discrimination based on class, race, gender, and other markers of identity. The actions of vulnerable individuals are also often criminalized in a bid to ‘protect’ them – a generally counterproductive and harmful response.

CCLA believes that the criminal law should be used as sparingly as possible, and works to ensure that vulnerable, marginalized communities are not exposed in unnecessary harms through its operation.

Our over-reliance on the police is also damaging marginalized communities and deepening systemic injustice. Over ten percent of police use of force incidents occur in the course of a police response to a mental health crisis – resulting in many tragic examples of individuals who needed help being shot and killed. An enormous amount of time is spent policing individuals experiencing homelessness and youth – both populations that would be better served by civilian-led social service responses. The harms of a police response are disproportionately felt by over-policed communities, including Black persons, Indigenous persons, and members of other racialized communities, who are more likely to be stopped, questioned, arrested and killed by police. CCLA works in partnership with impacted communities to rethinking our reliance on the police and critique our collective vision of community safety. 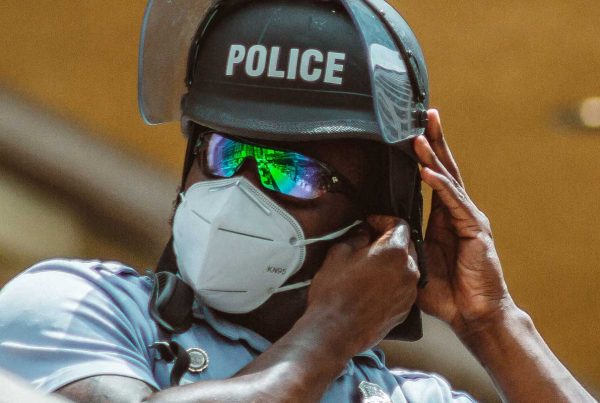 CCLA and PPMP Release New Report Examining Covid-19 Policing in the Second Wave, which examines the use of coercive fines and law enforcement to respond to a public health crisis. VIEW REPORT 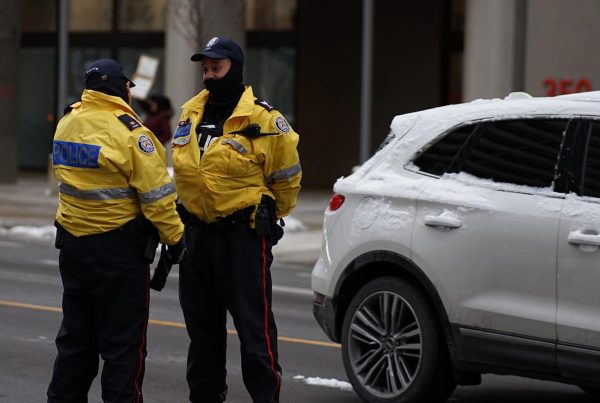 CCLA Partners on Report, entitled Rethinking Community Safety – A Step Forward For Toronto, urging City of Toronto to shift resources and responsibilities away from the police and towards alternative crisis response and social support mechanisms. VIEW REPORT

Our Work on Decriminalization, Defunding and Detasking

May 11, 2021
Canadian Civil Liberties Association and the Policing the Pandemic Mapping Project released a new report…

January 4, 2021
A new report released this morning is urging the City of Toronto to shift resources…

Quebec Doubles Down on Its Punitive Approach to COVID

October 5, 2020
Quebec’s new COVID restrictions are simultaneously strict and bewildering. Millions of Quebeckers in the ‘red…

Stay Off the Grass: COVID-19 and Law Enforcement in Canada

Police and Pot: Let Them Smoke, Vape, and – Yes – Eat Cake (or Brownies!) Too

December 7, 2018
Police leaders are violating the civil liberties of their own ranks and perpetuating a culture…

October 16, 2018
The cannabis industry is being legalized – but there are still plenty of laws that…