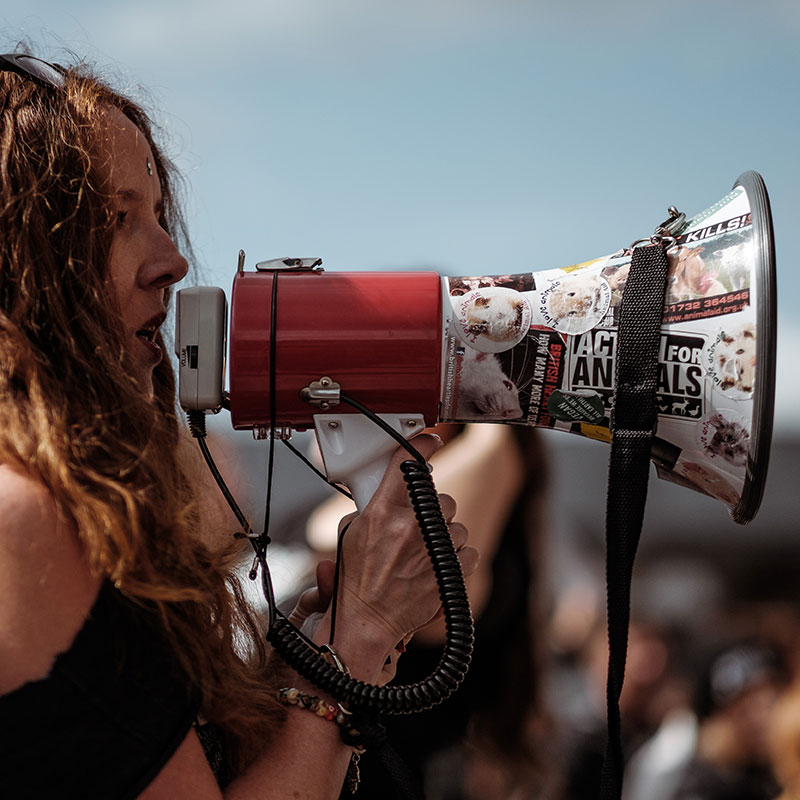 Submissions Before Ontario Standing Committee on The Legislative Assembly re: Bill 254

Thank you Chair and members of the Committee, for the opportunity to speak to you today about Bill 254 on behalf of the Canadian Civil Liberties Association. I know that there is a lot that this Bill does, but my remarks today are confined to the issue of the changes to the rules for third parties.

I am sorry to say that, but for the fact that this meeting is being done via videoconference, today feels very much like déjà vu all over again.

I appeared before the Standing Committee on General Government on behalf of the CCLA, a little less than five years ago to comment on a sent of amendments to the Election Finances Act brought in by the last government.

At that time, I outlined CCLA’s concerns about the third party advertising regime that was proposed, focusing in particular on the breadth of the Act’s definition of political advertising and length of the pre-writ period during which advertising is regulated (six months). I want to be clear that CCLA is not opposed to the placement of some limits on third party activities during the election period and appreciates that with fixed-date elections, some regulation in a pre-writ period may also help to achieve valid goals. In particular, we recognize the need to limit the extent to which those with greater financial resources are able to shape electoral outcomes. There is a careful balance that needs to be achieved between ensuring robust protection of political expression and electoral fairness. We do not feel that the current regime in the Election Finances Act strikes the right balance and believe the changes proposed in Bill 254 will take us further off course. Indeed, in our view these changes unreasonably restrict freedom of expression as protected by the Charter in a way that is not demonstrably justified.

Third party advertising is political speech, which lies at the very core of the protection of freedom of expression. The current six-month pre-writ period is already lengthy and gives rise to a very real risk of chilling political speech that is more about debating the merits of policy choices than persuading or manipulating voters. Indeed, restricting political speech in the six months before an election is called is an extraordinary measure that is not replicated in any other Canadian jurisdiction. A shorter pre-writ period has twice been ruled unconstitutional by courts in B.C., and, not surprisingly, the Ontario scheme is the subject of a constitutional challenge that is currently before the courts.

Notwithstanding the ongoing litigation, the government has now decided that it will move ahead with changes that would keep the restrictive regulations in place for twice as long – chilling third part speech for not just six months before a writ is dropped, but for a full year before. Further, while the time in which political speech is regulated has doubled, the dollar amounts that third parties are restricted to spending have not changed. I would note that there is no proposal to lengthen the amount of time during which political advertising is restricted for political parties under s.38.1 of the Act.

When the Attorney General introduced these changes in the Assembly he framed them as putting people first, stating: “We strongly believe that Ontario voters should determine the outcome of elections, and not pop-up organizations, big-money conglomerates or faceless political action groups.” With all due respect to the Attorney General, voters determine the outcome of elections by voting, and in order to do so, they need to be well-informed. The third parties that are regulated by the Act may have particular legal structures (unions, corporations, associations) but, at bottom, they are made up of Ontario voters. The third party rules not only restrict the type of debates in which they can participate for a full year before an election, they also restrict the information and perspectives that Ontario voters are allowed to hear to help inform their vote when the election does come around. Rather than putting people first, the changes to the third party advertising rules simply aim to entrench the monopoly that political parties and candidates have over debate and discussion on electoral issues.

I want to briefly address the breadth of the definition of “political advertising” in the Act. It includes not only advertising with the purpose of promoting or opposing candidates or parties, but also communications that take a position on an issue that “can reasonably be regarded as closely associated with a registered party or its leader or a registered candidate.” In Ontario, our next election will be held on or before June 2, 2022. If the amendments contained in Bill 254 are passed, the actions of third parties will be curtailed starting this summer. It may be too early to know which issues are or will be associated with parties or candidates (something that does give rise to potential enforcement difficulties for Elections Ontario), but it stands to reason that pandemic management, long-term care homes, vaccine accessibility and emergency preparedness are all likely to be issues of relevance in the next election. These are likely to be associated not just with a single party or candidate, but most likely with many. For the government to significantly curtail expression on these topics for a full year before the election is not, in our view, justifiable. We believe the changes are extremely vulnerable to a constitutional challenge and they should be excised from the Bill.