October 31 is an important decision-day for the Waterfront Toronto/Sidewalk Labs smart city— a fitting date to make a call regarding a potential neighborhood of horrors. The Waterfront Toronto Board is deciding whether to continue working with their chosen partner, Sidewalk Labs, on the plan, or whether there is such fundamental disjunction between what was asked in the RFP and what was delivered in the MIDP that there can be no deal.

At the CCLA, we’re following the dribs and drabs of information about the negotiations that comes out from behind closed doors. We’re watching the public response that is growing in volume, beginning with a highly critical report from Waterfront’s own Digital Strategy Advisory Panel, and more recently a form of a series of public letters and deputations to the Waterfront Toronto Board.

Indigenous leaders in Toronto have issued a scathing letter, calling out the tokenism that claims the privilege of having consulted while ignoring the thoughtful and important recommendations that were made, none of which are reflected in Sidewalk Lab’s master plan.

Hundreds of people, and groups representing thousands more, have endorsed letters originating with Amnesty International, Good Jobs for All, ACORN, and a Block Sidewalk-initiated group of concerned residents and experts. All of them, with passion, reason and urgency, raise common concerns about human rights, decent jobs, truly affordable housing in sufficient quantity, digital equity, privacy, surveillance and data governance, fair procurement for public land, government accountability and more, all at risk if the deal moves forward. Good Jobs for All characterizes it well when they write, “In many respects, this venture has been fatally flawed from the outset.”

While they fight in the street, we fight in the courts, and the concerns raised by these Indigenous leaders and city residents in many ways amplify the case that the CCLA is bringing forward in our lawsuit. We argue that Waterfront Toronto simply didn’t have the jurisdiction to have entered this deal in the first place, and that the deal will lead to violations of Charter-protected rights to privacy, liberty and free association, in a sensor-laden, intensively surveilled landscape that is planned to extend into streets, shops and even homes.

In a fascinating, ironic twist of fate, it is not only the people of Toronto who are providing reason to reconsider the wisdom of the smart city, but part of the very infrastructure of the city itself. The city’s transit payment system, the Presto smart payment card Torontonians increasingly love to hate, hit the news this week once again as a result of a critical report by Toronto’s Auditor General. Years of thought and development have gone into this system—it’s not necessarily the kind of product that would be rolled out in a “test-bed” neighborhood—but the TTC, Metrolinx and the City still haven’t got the complex web of working technology, solid standards, data governance, legal agreements and human buy-in and competence running smoothly.

This is the reality of embedding technology into infrastructure that is nowhere reflected in the plan the Waterfront Board is considering. It’s hard. Sometimes it won’t work. It also highlights the fact that in a city, it’s not just the technology but also the policy decisions that frame the technology, the governance decisions that protect the data the technology collects, and peoples’ interactions with both tech and governance systems that matter—because cities ultimately must be fair, livable, welcoming and rights-respecting spaces for humans.

Obviously, the fact something is challenging or that you might fail isn’t a reason to never try. Ask my kids, they’ll confirm grumpily that I use that line on them all the time.  But it is absolutely a reason to make sure decision makers take all of the relevant factors into account, and to make sure they have legal authority to do it. In the case of Presto, public transit is a necessity and an obvious public good. Our elected representatives made the decision that it’s worth the civic pain and some data collection to “modernize” the payment system. If we disagree strongly enough, we ultimately have recourse: vote them out.

But that’s what’s wrong with Quayside.  There is no public good justifying a 360-degree experimental surveillance environment to test new ways to monitor the city and the human behavior within it.  No matter how beautifully it is dressed up in pastel drawings, words like “innovation” and “economic benefit” do not justify a constitutional nightmare.

And in the smart city project, it’s not our elected representatives making decisions about whether or not to create sensorville, although that would be scary enough, it’s a public corporation board with accomplished and respected, but unelected, members.

This is my fear for the Sidewalk Labs smart city. Tech that doesn’t work, that makes life harder. Tech that does work, but not in my interest, or yours (unless you own stock in the company that makes it). Tech that by design or by default erodes or eliminates fundamental human rights. Tech for tech’s sake rather than tech to solve actual city problems for the sake of the humans who live here. And to go with it, policies and governance constructed by a vendor whose plan makes it fairly clear that, at a fundamental level, they look at privacy as a bargain to be negotiated rather than a fundamental human right.

We need a rethink. Quayside has the potential to be the innovative, sustainable neighborhood we all hope for and deserve, but for that to happen we need a very different plan, developed legally and democratically. This Halloween, the treat Toronto needs is a smart re-set of the smart city project. 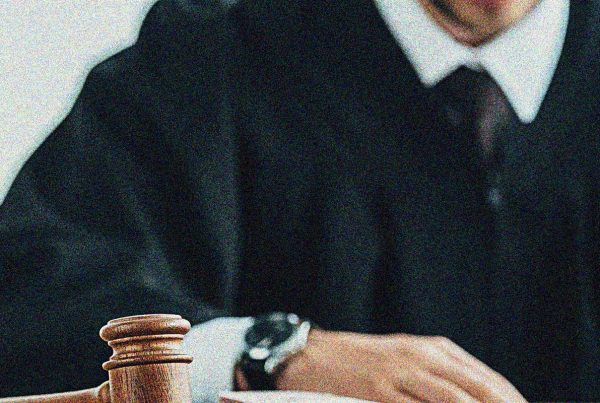