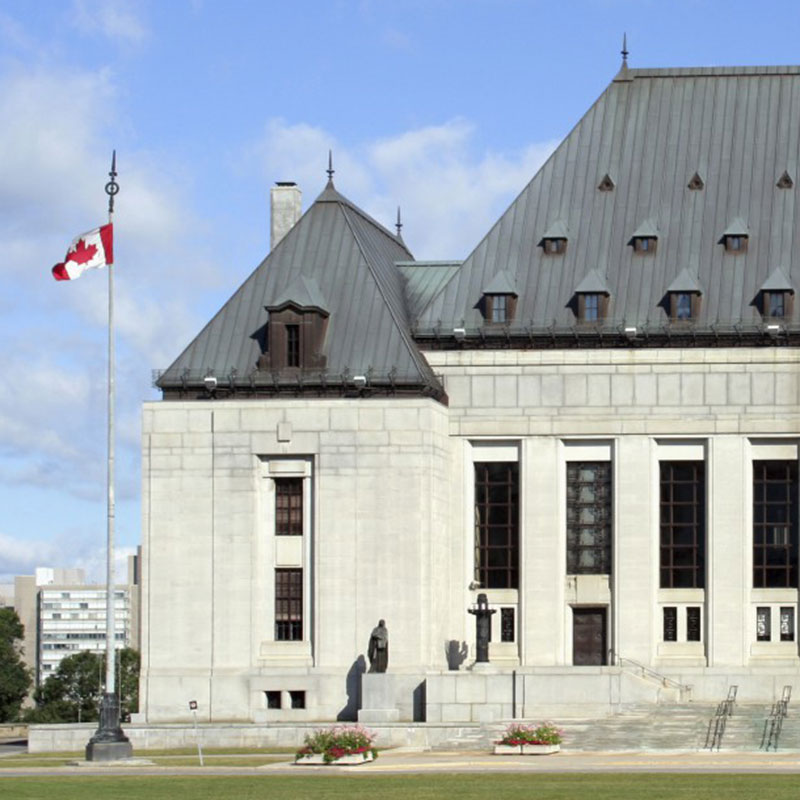 On May 18, pro bono counsel representing the CCLA appeared before the Supreme Court of Canada to make arguments in R v Parranto and R v Felix – cases that will take a hard look at the appropriateness of using “starting points” in the criminal justice sentencing process.

Sentencing should be an individualized process. People differ. The circumstances that led to them appearing before a court differ. The impacts of racism and colonialism differ. And the import and consequences of any particular form of punishment – for the individual, the victim, the families and communities – differ. Sentencing, under Canadian law, is supposed to be an individualized process guided by principles set out in the Criminal Code. These principles allow judges to take into consideration various factors to ensure the sentence is tailored to the particular case before them while meeting the objectives of deterrence, denunciation and rehabilitation.

Sentencing starting points interfere with this case-specific, individualized process. The “starting point” methodology requires appellate courts to set a default punishment – usually a certain number of years of incarceration – for a category of offences. The sentence is then ratcheted up or down based on the trial judge’s application of case-specific factors. Generally this approach inflates sentences of incarceration, prioritizing individual and general deterrence (both of which are in fact unaffected by longer prison sentences) over other sentencing principles. In practice it also has a particularly negative impact on those that depart significantly from the stereotypical ‘norm’ – including Indigenous, Black and other racialized persons who bear the weight of colonialism slavery and systemic discrimination; individuals facing addictions; those with mental health issues.

Although the Supreme Court has repeatedly stated that a trial judge’s decision to depart from the “starting point” methodology is not an error, time and again courts of appeal have overturned lower decisions for failing to sufficiently adhere to the starting point framework. These cases also frequently rely on unproven – and faulty – assumptions that longer prison sentences will deter future crime.

In short, starting points frustrate trial-level discretion and undermine basic procedural fairness by minimizing individualized aspects of sentencing. In the process they disproportionately harm marginalized communities that already face systemic discrimination and overrepresentation in the criminal justice system.  And they take away people’s liberty based at least in part on unproven theories that have been disproved time and again by academic research.

CCLA will focus its arguments on the impact that sentencing starting points have on the procedural fairness of the sentencing process.  CCLA will also highlight the importance of evidence in the sentencing process: Courts should not take away an individual’s liberty without concrete justifications, grounded in relevant and reliable evidence, submissions or interpretations of legal provisions.

The CCLA is grateful to pro bono counsel Sarah Rankin and Heather Ferg, of McKay Ferg LPP, for their representation in the case.

Read the CCLA’s application for leave to intervene.

Read the CCLA’s factum on the merit.